Everyone knows that decades of international climate summits haven’t worked. Greenhouse gas emissions, concentrations and impacts all rise as if no discussion or agreement had ever been attempted. Yet climate conference agendas never include the question “why isn’t this working?”. Are big climate events doomed to fail year after year until the problems become irreversible? Or are they constrained in ways that can be quickly identified and opened up as new ways forward?

“If they talk about the same old stuff, they will get the same answer”
Prof James Hansen, Dec 2015

The challenge for COP21 in Paris, and all big international events, is to distill the endless complexity of the issues into manageable dialogues so that on the final day the organisers have an agreement to show the public and the event can claim success. The imperative of making the dialogues manageable means that the scope of the discussion has been tightly limited. Hence we have seen decades of climate talks that more-or-less remain manageable while the climate problem gets increasingly out of control.

Climate summits are stuck in a box. The sides of the box are people’s habits of constraining the dialogue to enable the collective ‘solution delusion’. Yet ironically if these constraints were simply removed then vastly more effective solutions would become visible and possible. The first two sides are about choosing physical variables to focus on. The next two sides are about defining a climate solution. The final two sides are about what to actually do to create change at the necessary scale and speed. The six sides can together be use as ‘programming settings’ to switch climate talks from persistent failure to the potential for genuine progress.

Side 1: Focus on average temperatures

Side 2: Focus on emissions

The focus on emissions is like living in a house where the residents argue about long-term plans turn off the taps when many rooms are already flooded by rising water levels. The persistent comparison of emissions with predictions of average temperatures installs a faulty mental model of the climate, where many people imagine that impacts can be reduced at any point simply by reducing emissions. Climate talks should instead focus primarily on GHG concentrations, which is the stocks of emissions that accumulate in the atmosphere and oceans. Atmospheric GHG concentrations are the key variable driving climate change. Highlighting GHG concentrations would allow policymakers to become aware of ‘climate sensitivity’, which is the equilibrium temperature resulting from a doubling of concentrations. Climate sensitivity is today a victim of a scientific consensus process mis-shaped by a quest for certainty and by government editing, so it is not mentioned in the Summary for Policymakers and the low estimate of around 3C has not been updated since 1979. Up to date analysis of climate sensitivity by David Wasdell shows that the climate has at least double this sensitivity to rising concentrations and consequently climate talks should plan cuts not just to emissions but also rapid cuts to GHG concentrations.

Side 3: Focus on climate action

Society’s persistent long-term failure with the climate makes adequate solutions seem really hard, especially policy solutions. This leads to climate talks with diminishing ambition, where effective international policy is abandoned in favour of encouragement for anyone to do anything. This is called climate action and climate solutions, both by institutional participants and by the NGO climate movement. Impressive actions, token actions and counterproductive actions all receive acclaim as climate solutions. The theory of change with climate action has no substance, there is only a psychological ploy of nurturing hope that small sub-system changes could somehow add up over time into big global transformation. Climate talks should instead focus primarily on non-reductionist systemic solutions. What are the diametrical changes in thinking, policy and practice that would enable sufficient change to self-organise everywhere? The systemic theory of change seeks to identify and move the levers that could switch the world from climate-destructive to climate-stabilising. The imaginative space where systemic solutions can be advanced becomes visible only after ending the ‘solution delusion’ of climate action. Climate talks should not shrink ambition to what seems achievable today, but expand ambition to enable what is necessary to become achievable.

Side 4: Focus on targets

Target-setting is the default answer for all governments, institutions and NGOs discussing how to solve any global problem but not knowing how. Committing to a target is the simplest possible demonstration that someone is serious about change, even if everyone’s subsequent actions overall continue to worsen the problem. The historical process of international climate talks is based on targets to cut emissions with the subsequent levels of emissions and concentrations both rising relentlessly. The latest COP21 in Paris organises do-it-yourself target-setting where nations choose their own starting point and whether the target is an absolute cut in emissions or just a cut in the intensity of emissions relative to economic activity. Climate talks should instead focus on systemic targets which are restorative, for example cutting GHG concentrations. Systemic targets ensure that any derivative targets, such as cutting emissions, are calibrated to actually solving the problem rather than only to worsen the problem less fast. Related issues such as loss of forests and soil carbon can also be addressed with systemic targets to rapidly reverse the loss of forests and soil carbon worldwide.

Side 5: Focus on a carbon price

The most ambitious proposals for climate action involve pricing carbon. The aim is to make fossil fuels more expensive which makes renewables and energy efficiency more competitive. A range of carbon pricing initiatives exist internationally and prominent institutions such as World Bank and OECD are supportive. However carbon pricing is not included in the negotiating text of COP21 and proposals elsewhere for carbon pricing do not consider how its well-documented obstacles stem from the narrow carbon-only focus. Without a wider economic vision, carbon pricing is a well-meaning market distortion within a form of capitalism that remains destructive. This limits both its political prospects and its practical benefits. Climate talks should instead focus on climate disruption as just one symptom of a systemic error in capitalism that can be corrected by a more ambitious pricing proposal. Dependence on fossil fuels (including government subsidies and support) is a symptom of obsolete linear ‘take, make, waste’ economics, that can be upgraded to circular economics by pricing the risk of products becoming wastes in ecosystems. This would reshape capitalism so markets can reverse problems they previously caused.

Side 6: Focus on the least complexity

Climate summits manage climate issues by reducing the complexity being considered, within the above five sides. This approach to problem solving is not new. René Descartes’ Discourse on Method proposed in 1637 to ‘Divide each difficulty into as many parts as is possible and necessary to resolve it.’ This established reductionism as the dominant habit of thinking that has been responsible for both the advance of civilisation and a range of systemic errors, including climate problems, that undermine any future for civilisation. Reductionism also dominates attempts to solve the problems it causes and obscures non-reductionist perspectives. Climate talks should instead focus on problem solving options that embrace and manage complexity. Ultimately the climate can be seen as an inseparable facet of an indivisible global whole system that may be solved only by whole system change. Given this understanding, the small number of big systemic errors that cause climate change, and other problems, could be identified and corrected with less time and effort than a single climate summit.

James Greyson is an advisor at 2050Kids. See also James’ presentation for COP21 in Paris. 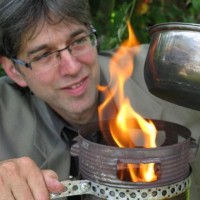 Tweet
Share
Pin it
Previous StoryPlace To B Paris: Weaving A New Meme About The Changing Climate Next StoryThe power of youth – unlimited or untapped?